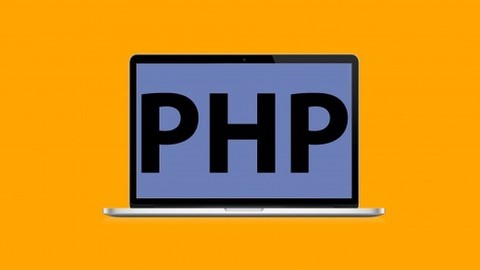 The evolution of software and programming means we continue to see newer developments, additions and improvements in the programming languages as well the frameworks that implement them. The software industry is constantly evolving and there are new languages as well as tools that are being added for the modern requirements. However the PHP coding language still remains one of the most widely used owing to its utility in the dynamic web pages. If you work on websites or interested about it then you must consider learning PHP and how it is deployed.

Before we see how you can learn PHP for free let us have a brief look at what exactly PHP is and what can one expect when learning the language. PHP is a coding language that is built for the purpose of creation of dynamic web pages and it basically runs on server side. The majority of the scripts and websites are made using the PHP. The web hosts are often provided with the list of the one-click-install scripts. The PHP is ideal for you if you want to enable the creation of a plug-in for the WordPress or want to work with same script that runs the Wikipedia. Speaking in practical terms almost all the dynamic hosts make use of the PHP and it is very and straight forward to use it. PHP though does comes with its own issues such as inconsistencies, quirks and messy syntax. However there have been improvements to the PHP over a period of time and if you want to create dynamic web pages then this is a good language to learn.

If you want to design a website then you will find that there are a number of freelance developers who will offer to do the job for you. However that means you will have a stranger designing your site with no interest in its long term efficiency or security. However by obtaining the basic information and knowledge about the PHP and its functions so that you can handle the stability and security of your own website. Learning PHP will also help you in gaining important knowledge about the various customizations that you can do on the website and enhancements that you can apply for optimized results.

PHP can be very useful for your web development requirements as it is able to collect data, do calculations and analyze the important bits of other data. It is similar to the HTML in certain aspects as the PHP enables flexibility in the creation of pages and their content by creating simple fragments of the code. When these fragments of the code are assembled they allow various changes throughout the multiple pages with the timely and convenient changes. The PHP also allows new levels of customization and functionality that other markup languages such as HTML can’t offer, even though you don’t get sweeping and fast changes to the layout of the page with PHP.

As is the case with various other web languages you don’t need special programs or the tools for coding it properly. A simple text editor is a powerful tool when it comes to coding with the PHP. There are some other tools and applications available that will help you with the syntax and warn you of potential errors so that you enjoy an error free coding experience with the PHP. However the majority of the scripts that are required for most of the web applications you only need a simple text editor like notepad.

PHP is the second most popular web development language just behind the HTML and thus you will find plenty of resources both online as well as offline to learn the language. If you want to learn PHP for free then there are a number of resources available online that allow you to download the tutorials and learn the PHP language in a simple and effective manner. When you are learning from the tutorials it is important to have training packages and test case scenarios to fully establish what you have learnt and understand how much concept you have exactly grasped.

The test material and mock tests are important pieces of content that help you measure your progress when learning a new language. If you just choose to go through the tutorial without testing the concept in different scenarios then it is possible that you might not have grasped the full concept properly. There is one easy way to test your knowledge and the depth of your learning and that is by taking various test case scenarios and solving them.

On the internet you will find plenty of free resource material for learning PHP from different sources such as learn-php.org amongst others who provide quality content for the interested people.

END_OF_DOCUMENT_TOKEN_TO_BE_REPLACED

The development and evolution of the software industry has transformed and impacted almost every aspect of human life. Thus it is no wonder that the demand for software jobs and coding remains high as there is a constant requirement for high skilled coders that can develop and deploy efficient software systems for the multiple daily life operations. There are various coding languages that are used extensively and some not as common. Some of the most popular and widely used coding languages include Java, C, C#, PHP, Python, Ruby, Perl, SQL and Swift. Each of these languages are implemented in different applications and systems based on the requirements as well as the framework.

Let us have a look at some of these coding languages, their characteristics and where are they mostly used.

Java: Java is one of the most fundamental and widely used coding language across the software and it is used in multiple applications as well as software systems across the board. Java is used in multiple mobile based applications, desktop enterprises, android apps and various other enterprise level applications. Java is similar to the C# in the sense that both are optimized for coders and implement stricter regulations to avoid programming mistakes. The code in Java must be compiled on a lower level code before you can run it and all the variables must be declared with the name and the type. The Java programming language implements a methodology or a philosophy known as the “Object Oriented Programming” and it requires that all the code must belong to the object.

People that use the Java programming language typically use a form of IDE, also known as integrated development environment, for building their code and it provides them multiple tools as well as features to help them with their programming. Some of the amazing features that you get with integrated development environment is suggestions for auto completion, automatic highlighting and detection of the errors. Some of the rules in the Java language or code will ensure that the certain type of errors are detected before you even run the code. This is particularly helpful and of great assistance when you are programming or coding any development language. Java is generally not used for the compilation of simple scripts and it is not as widely used for the quick creation of the dynamic websites. Some of the amazing benefits that coders get when they code their programs in Java programming language includes the power of portability that Java offers within the network. The source code is compiled in the bytecode that can anywhere within the network, either the server or the client that has the JVM which is Java virtual machine. Java is object oriented and the coding that you get in Java is robust. Java also offers the tools for the security of the data and the applets in Java provide flexibility. Also the Java programming language is easy to learn and implement with its syntax somewhat similar to the C++. The major platforms that are used by the developers for writing their Java codes include Java SE, Java EE and Java ME.

PHP: PHP is a coding language that is built for the purpose of creation of dynamic web pages and it basically runs on server side. The majority of the scripts and websites are made using the PHP. The web hosts are often provided with the list of the one-click-install scripts. The PHP is ideal for you if you want to enable the creation of a plug-in for the WordPress or want to work with same script that runs the Wikipedia. Speaking in practical terms almost all the dynamic hosts make use of the PHP and it is very straight forward to use it. Many of the best hookup sites are built using PHP as well. This is important to note as adult dating sites require a lot of person to person interaction and reliance on databases. PHP though does comes with its own issues such as inconsistencies, quirks and messy syntax. However there have been improvements to the PHP over a period of time and if you want to create dynamic web pages then this is a good language to learn.

C#: The C# can be referred to as “Microsoft’s Java”. While the C# doesn’t offer the same support for multiple platform like Java does but it does work well with the other offerings of the Microsoft. If you are working in a Microsoft application environment then it makes sense to use and deploy the C# language. Recently Microsoft has started to consciously open source the C# and the associated technologies. If you are looking to work on Windows applications then C# is a good language to learn.

Python: Python is a programming language that is made for general purposes and not specifically for the web like is the case with JavaScript and PHP. Python is pretty simple and straightforward to learn so that even a beginner can start coding using this language.

END_OF_DOCUMENT_TOKEN_TO_BE_REPLACED

Hello and welcome to PHP Active Record. This site was formerly an open source ORM library based on the ActiveRecord pattern. Although no longer operating as an open source ORM library, PHP Active Record continues to be a resource for PHP programmers. You will find valuable information related to anything involving the PHP language as well as tips and links to open source libraries. Thank you for visiting and supporting the PHP programming community.